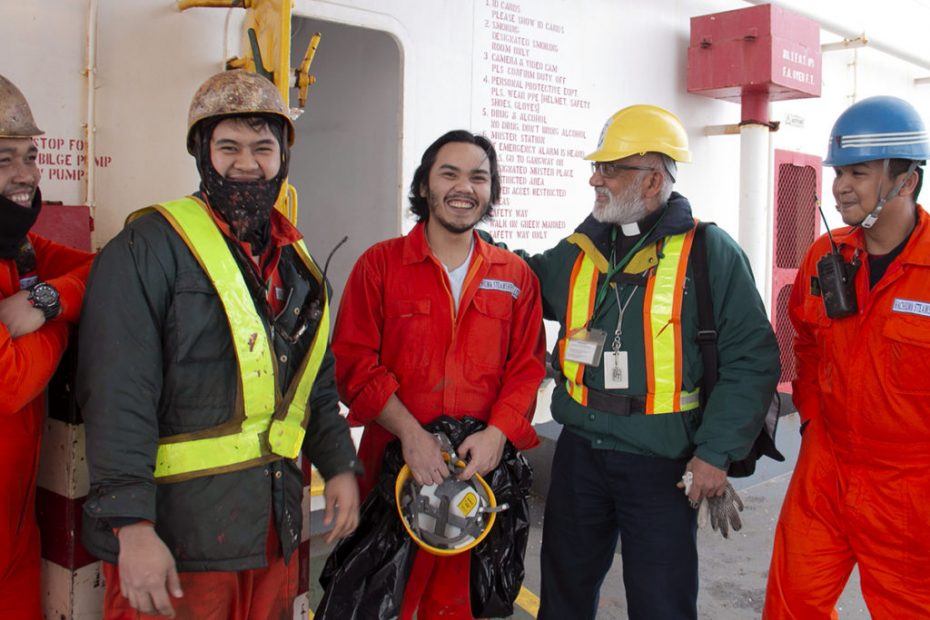 A few years ago, Dcn. Dileep Athaide could never have guessed he’d become a frequent visitor on the immense coal and container ships dotting the horizon in Delta and Vancouver.

Yet nearly every day, he finds himself donning a hard hat, reflective vest and steel-toed boots, chatting with security guards who recognize his white collar and climbing high ladders into cargo ships as a chaplain to seafarers.

“It’s only three years that I’ve been doing this, but it feels like 10 years — in a good way,” Dcn. Athaide, 69, told The B.C. Catholic, newspaper of the Archdiocese of Vancouver, while on board a Japanese coal carrier at Westshore Terminals in Delta.

The two dozen crew members on this ship are from the Philippines and have spent months away from their families, religious customs and country.

Read the full story in the Catholic Sun.